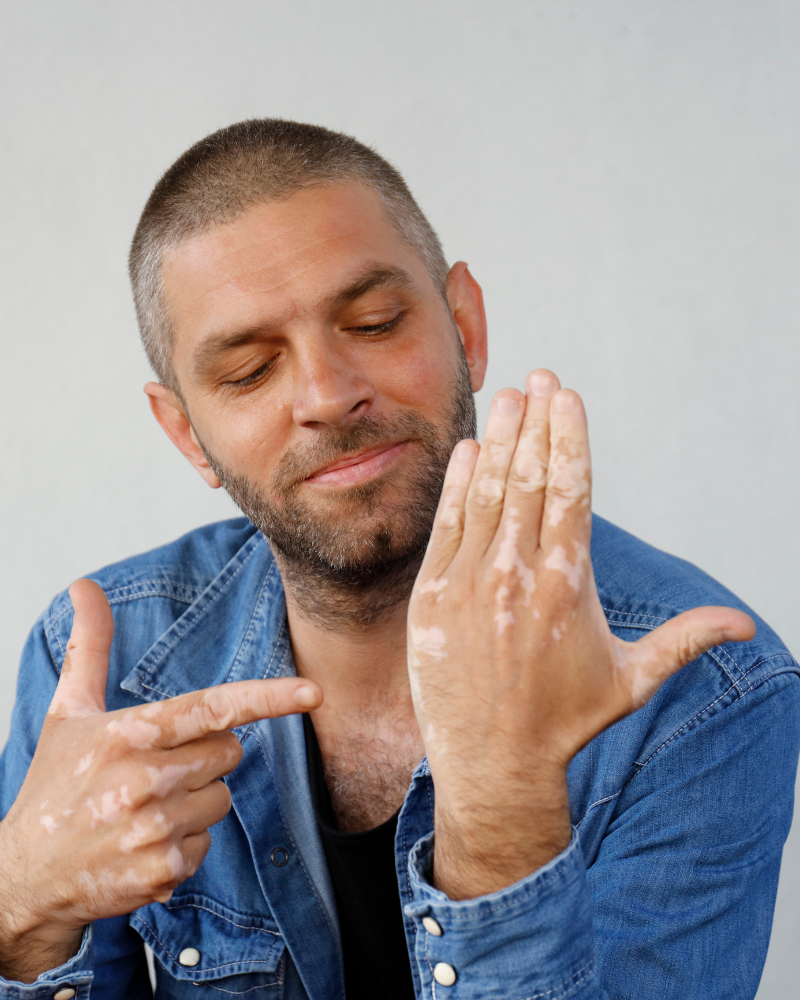 Vitiligo (vit-ill-EYE-go) is a disorder in which white patches of skin appear on different parts of the body. This happens because the cells that make pigment (color) in the skin are destroyed. These cells are called melanocytes (ma-LAN-o-sites). Vitiligo can also affect the mucous membranes (such as the tissue inside the mouth and nose) and the eye.

The cause is not known. Vitiligo may be an autoimmune disease. These diseases happen when your immune system mistakenly attacks some part of your own body. In vitiligo, the immune system may destroy the melanocytes in the skin. It is also possible that one or more genes may make a person more likely to get the disorder.

Who is affected by Vitiligo ?

What Are the Symptoms of Vitiligo?

White patches on the skin are the main sign of vitiligo. These patches are more common in areas where the skin is exposed to the sun. The patches may be on the hands, feet, arms, face, and lips. Other common areas for white patches are: The armpits and groin (where the leg meets the body)

People with vitiligo often have hair that turns gray early. Those with dark skin may notice a loss of color inside their mouths.

Will the White Patches Spread?

How Is Vitiligo Diagnosed?

The doctor will use a family and medical history, physical exam, and tests to diagnose vitiligo. The doctor may ask questions such as:

How Is Vitiligo Treated? Treatment may help make the skin look better. The choice of treatment depends on:

Some treatments are not right for everyone. Treatments can take a long time, and sometimes a combination of treatments are done to improve condition. Current treatment options for vitiligo include medical, surgical, and other treatments. Most treatments are aimed at restoring color to the white patches of skin. Medical treatments include: 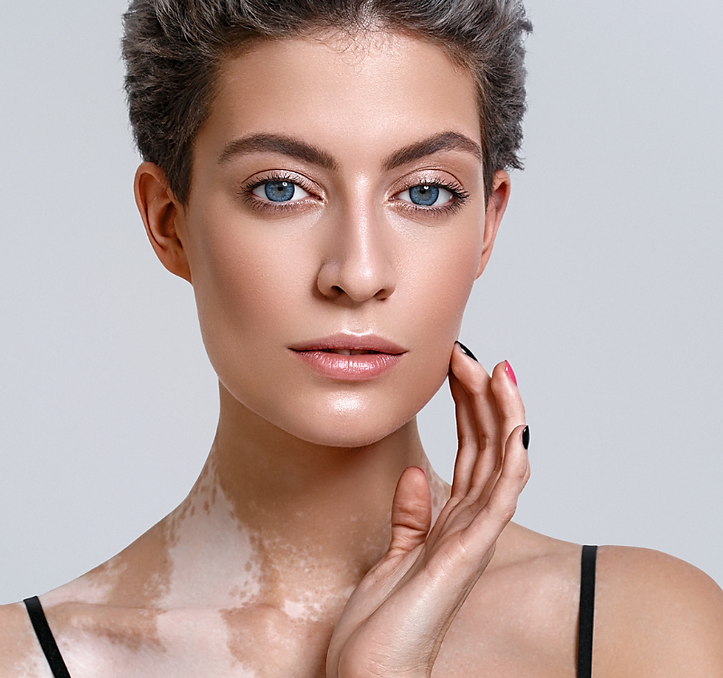 Talk with other people who have vitiligo. A vitiligo group can help you find a support group (check your local listings). Family and friends are another source of support. Some people with vitiligo have found that cosmetics that cover the white patches improve their appearance and help them feel better about themselves. A person may need to try several brands of concealing cosmetics before finding the product that works best.

We are Just a call away . Feel free to 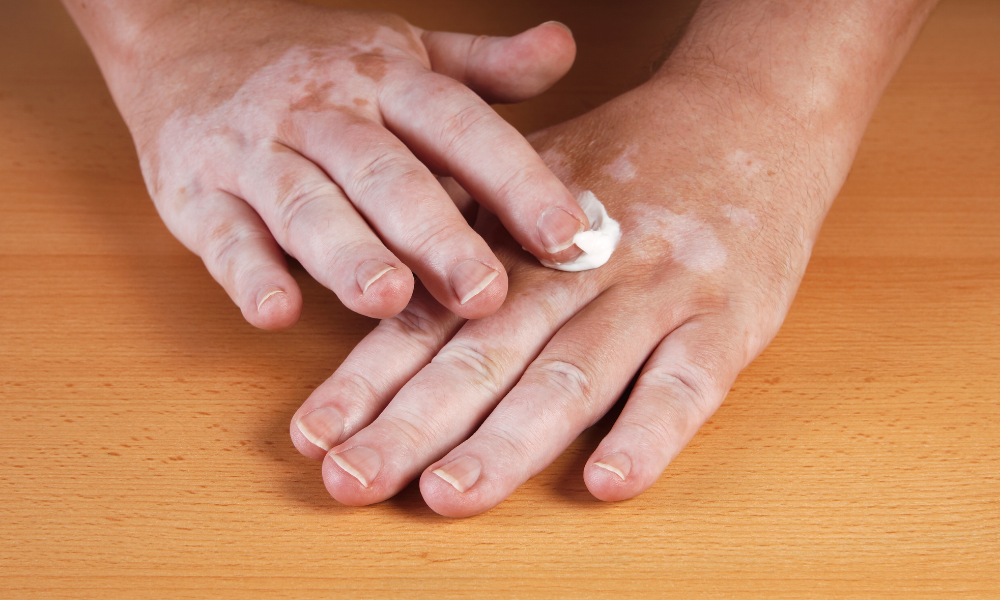 We will call you back soon